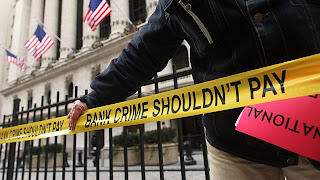 Beginning on September 17, 2011, hundreds of protesters set up camp on Wall Street, hoping their presence would influence dramatic change in the capitalist system. Blaming Wall Street for loss of pensions, the recession, and an all-over health resulting health disparity, these protests have led to numerous protests nationwide, including metaphoric sympathy tents set up on the lawn of Hampshire College in Amherst, MA.

Comparing these demonstrations to those countering the draft for the Vietnam War, organizer Kevin Zeesee said, ""Just like the Vietnam war draft made the war more personal, economic insecurity is making the economic policies of this country more personal." In his mind, this means that actions need to be taken - people need to take to the streets and make their disapproval known. On Wall Street this has led to the creation of a small tent city, sit-ins, music, marches, and other forms of peaceful civil disobedience. The peaceful (though resolute) protesters have promised to stay camped out through winter, but complain about the heavy-handed police influence instituted to keep the protesters in check.
After somewhat unfair rumors spread about the violent nature of the protesters, National Public Radio's news quiz show, Wait! Wait! Don't Tell Me! on Saturday, October 2 reported that the number one injury amongst the protesters was blisters from too much bongo playing. 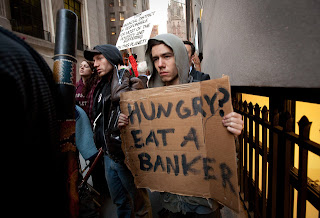 Regardless, none of the rumors or the discomforts of camping out in the cold, damp weather the Northeast has been experiencing has deterred individuals and groups from joining. Today, the nation's largest union of nurses, National Nurses United, along with Health Care-Now, will be joining the one volunteer medic as they attempt to defend "human needs over corporate greed."

Protests of this nature are one of the fundamentals of democracy (the right to peaceful assembly), and a key tool in keeping actual democracy - much of which was surrendered with an oddly unflinching willingness during the Bush II Administration - in check. Of the people, for the people, right? It is a little backwards that assembly requires government approval, but we can just count that as another hoop to jump through in our pseudo-democratic state. 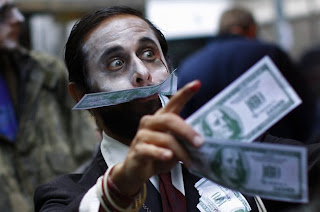 Since the Reagan era, the United States has been growing increasingly more fascist, though still cleverly masked in "free" elections and "public" interest. Most citizens of the free world don't want to admit that their country is headed down a fascist path, so, if you doubt that the U.S.A. is, please take a minute to complete the "Is Your Country Headed Toward Fascism?" checklist, based of Naomi Wolf's Fascism in Ten Steps. If you already believe that we are headed down a fascist path, you may skip ahead.

Is Your Country Headed Toward Fascism? 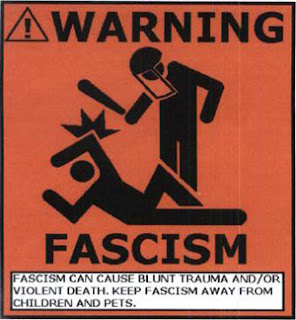 2. Does your country have a gulag (a prison outside the rule of law)? Yes. Guatanamo Bay; Abu Graihb; great potential for others scattered throughout the middle east.


3. Does your country have a thug caste (a group of people above the law hired to terrorize citizens)? Yes. Florida voting in 2000 where hundreds of African American ballots were thrown out; the department of Homeland Security who opened fire on unarmed civilians in New Orleans in the wake of Hurricane Katrina.


4. Does your country have an international surveillance system? Yes. The Patriot Act, which permits the government to wiretap citizens' phones, read their emails, and follow international financial transactions. 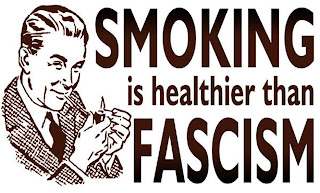 5. Does your country harass citizens' groups? Yes. It can be trivial: a church in Pasadena, whose minister preached that Jesus was in favor of peace found itself being investigated by the Internal Revenue Service, while churches that got Republicans out to vote, which is equally illegal under US tax law, have been left alone. Or more serious: the American Civil Liberties Union reports that thousands of ordinary American anti-war, environmental and other groups have been infiltrated by agents: a secret Pentagon database includes more than four dozen peaceful anti-war meetings, rallies or marches by American citizens in its category of 1,500 "suspicious incidents." Or even more serious: Counterintelligence Field Activity (Cifa) agency of the Department of Defense has been gathering information about domestic organizations engaged in peaceful political activities: Cifa is supposed to track "potential terrorist threats" as it watches ordinary US citizen activists. A little-noticed new law has redefined activism such as animal rights protests as "terrorism." So the definition of "terrorist" slowly expands to include the opposition. 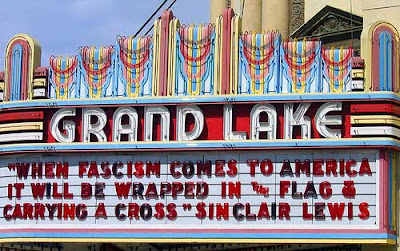 6. Does your country engage in arbitrary detention and release? Yes. Ordinary citizens who do things as mundane as forgetting their wallet in a public place can now be detained on terrorist charges. People who have been to opposition marches may be barred from flying on airplanes. And if you get on the list of "internal terrorists," it's hard to get off. Take Brandon Mayfield, a US citizen and lawyer in Oregon, who was mistakenly identified as a possible terrorist. His house was secretly broken into and his computer seized. Though he is innocent of the accusation against him, he is still on the list.

7. Does your country target key individuals? Yes. Bush supporters in state legislatures in several states put pressure on regents at state universities to penalise or fire academics who have been critical of the administration. As for civil servants, the Bush administration has derailed the career of one military lawyer who spoke up for fair trials for detainees, while an administration official publicly intimidated the law firms that represent detainees pro bono by threatening to call for their major corporate clients to boycott them. Elsewhere, a CIA contract worker who said in a closed blog that "waterboarding is torture" was stripped of the security clearance she needed in order to do her job.

8. Does your country control the press? Yes. Take one look at Fox News and you'll understand. Additionally, the Committee to Protect Journalists says arrests of US journalists are at an all-time high: Josh Wolf (no relation), a blogger in San Francisco, has been put in jail for a year for refusing to turn over video of an anti-war demonstration; Homeland Security brought a criminal complaint against reporter Greg Palast, claiming he threatened "critical infrastructure" when he and a TV producer were filming victims of Hurricane Katrina in Louisiana. Palast had written a bestseller critical of the Bush administration. You won't have a shutdown of news in modern America - it is not possible. But you can have, as Frank Rich and Sidney Blumenthal have pointed out, a steady stream of lies polluting the news well. What you already have is a White House directing a stream of false information that is so relentless that it is increasingly hard to sort out truth from untruth. In a fascist system, it's not the lies that count but the muddying. When citizens can't tell real news from fake, they give up their demands for accountability bit by bit.

9. Does dissent equal treason in your country? Yes. Most Americans do not realize that since September 2005 - when Congress wrongly, foolishly, passed the Military Commissions Act of 2006 - the president has the power to call any US citizen an "enemy combatant." He has the power to define what "enemy combatant" means. The president can also delegate to anyone he chooses in the executive branch the right to define "enemy combatant" any way he or she wants and then seize Americans accordingly. In every closing society, at a certain point there are some high-profile arrests - usually of opposition leaders, clergy and journalists. Then everything goes quiet. After those arrests, there are still newspapers, courts, TV and radio, and the facades of a civil society. There just isn't real dissent. There just isn't freedom. If you look at history, just before those arrests is where we are now.

10. Does your country suspend the rule of law? Yes.
The John Warner Defense Authorization Act of 2007 gave the president new powers over the national guard. This means that in a national emergency - which the president now has enhanced powers to declare - he can send Michigan's militia to enforce a state of emergency that he has declared in Oregon, over the objections of the state's governor and its citizens. Even as Americans were focused on Britney Spears's meltdown and the question of who fathered Anna Nicole's baby, the New York Times editorialised about this shift: "A disturbing recent phenomenon in Washington is that laws that strike to the heart of American democracy have been passed in the dead of night ... Beyond actual insurrection, the president may now use military troops as a domestic police force in response to a natural disaster, a disease outbreak, terrorist attack or any 'other condition'." 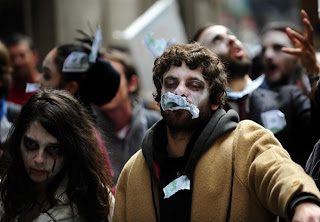 With facts like these looming loudly over our heads - whether or not we ignore them is personal choice - it's a wonder that more protests like Wall Street one aren't rearing their heads in flagrant disapproval of democracy gone horribly, horribly wrong. Concerned citizens can rest assured, however, that solidarity protests against Wall Street have been cropping up in other major U.S. cities, including Chicago, Los Angeles, and Detroit. The protesters call themselves 99%, referencing the 99% of Americans who are not in the top 1% of the nation's wealth bracket, which currently controls almost 35% of the nation's private wealth, to the bottom 80% (salaried workers) roughly 15% control. Unfortunately, tax collection doesn't even come close to making up for this disparity, with the top 1% paying roughly 38% of their income to federal taxes, where the bottom 50% pays nearly 98% of their federal taxes.

Recently, Wall Street protesters have abandoned their bongos in favor of donning zombie make-up in a scene straight out of The Crazies; zombie consumers with money in their mouths and products in their eyes make their slow zombie march towards the nearest mall, the consumer security blanket.
Posted by Hillary at 8:08 AM 1 comment: