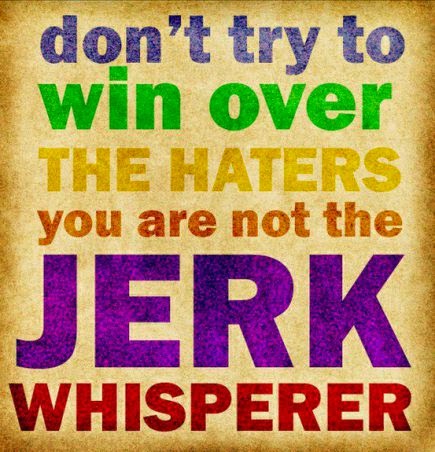 I've been cooking with my farm share stuff (blog on what I made later) and contemplating a Facebook conversation that occurred earlier today. My dilemma is that I'm torn between being amused and throw-a-chair angry that I had this conversation with someone who considers herself an adult, and I decided that this is worth talking about because the fact that this stuff is allowed to happen shows how far we still have to go. Disclaimer: Body-shaming language and general bigotry abound and I'm likely to get explicit.

A mutual friend of myself and my mother's posted a this link about supporting positive body image for men. The first comment, made by a young woman I'll just call Janet simply read, "Gross."

My beautiful, wonderful mother who I'm so proud of right now, responded, "Too bad that people can't be accepted for who they are regardless of size and shape. These real guys are not photoshopped, shaved and oiled. They are, however, not gross...they are human and as such likely have feelings. We all need to get past what advertising media has sold us as being the standard because it is UNATTAINABLE. Just saying."

Yes! Yes! Exactly! And even if Janet does find those non-photoshopped men sexually undesirable, that's her prerogative. There's not law that says we all have to like the same thing. Except, oh, wait, there's not a law, but there are myriad constantly reinforced stereotypes that actively SELL us - yes, we pay money for this - an ideal of what we should and shouldn't find attractive.

In response to my mother's very astute and spot on comment, Janet wrote, "GROSS!!! And calm down there Suzy Q, it'll be okay."

Let's be super clear: My mother was addressing pressing social issues faced by fat Americans. These social issues include the fact that larger people are discriminated against when job hunting, fat people generally receive inadequate healthcare, and that fat shaming is common, pervasive, and often compliantly accepted. Janet made it sound like my mother was getting bent out of shape about a bad hair day or something. And on a petty note, nobody calls my mother Suzy Q except Sarah Brown.

My mother then calmly laid her case to rest by more or less saying "Let's agree to disagree," and then rather snidely referred to her as "Janet-poo." Her decision was fine. We are not obliged to argue.

Janet, however, was not finished. She continued (and I'm copying this verbatim): "Stopping being negative they have plus size models too :-) don't be jelly. Being healthy and taking care of your body and being fit is a lifestyle, anyone can do this. Eating like crap and being lazy won't help you achieve that lifestyle obviously. In my opinion I find it rather Unappealing to see an overweight gentleman in underwear. Saying a health fit body is unachievable is weak Sue-poo! I can appreciate the fact that the human body will fluctuate in size and shape however I find a fit body to be more easy on the eyes when promoting underwear."

Again, let's be super clear: Janet here is assuming that we can identify someone's health based on their size, which we certainly cannot, and then doing a little bit of a hypocritical flip-flop by saying that it's okay for people to be different sizes, but only certain ones are allowed to promote underwear.

Janet then - and here's where I got really worked up - suggested that, "Perhaps maybe you should see these models as motivation for a healthier lifestyle." Once again, Janet is conflating health and size, which are not the same thing, and furthermore, she is very flippantly treating an issue that affects a large number of people.

Now, I'm a fan of debate in general, but human respect and civil rights are not open for debate in my humble opinion, and, to echo Reagan Chastain, "Life, liberty, and the pursuit of happiness do not start when we weigh what someone else thinks we should weigh." So, I took a sarcastic route (in hindsight not my best choice) and wrote this: "OMG, like, that's what I'm totally going to do. I'm, like, totally going to plaster my room with photos of photoshopped women and take Alli and eat Nutrisystem so I can be 'more easy on the eyes.' High five!"

And then this happened:

Janet: "Look bitch, I don't sound like that. Just because the slime behind your toilet is prettier than you doesn't mean you need to treat me like a ditzy girl. Stereotyping me because I live in California is weak. Obviously you don't give two shits about your appearance because you resemble a thunder thigh mini mouse. Eating healthy and exercising doesn't mean taking pills and eating weight loss meals. After looking at your gross face the very thought of seeing you in person summons vomit to the recesses of my mouth. High five!"

One more time, let's be super clear: This isn't about my health, her vague future health threats, or anything else. This is purely about wanting to hate me and wanting me to hate me over the fact that I mocked the way she was flippantly addressing A CIVIL RIGHTS ISSUE. Perhaps Janet thinks her value lies in being thin and the fact that I don't value being thin is a threat to her self-esteem.

And, honestly, what the hell is a thunder thigh mini mouse? Has her level of repulsion for me superseded any actual living large animals? What about elephants? Whales? Hippos?

So, I asked her, "What the hell is a thunder thigh mini mouse? First of all, I had no idea you lived in California." I didn't. I promise. "I was mocking the persistent jargon perpetuated through your 'everybody knows' ideals and stereotypes of beauty. Second of all, I'm very pleased to evoke such an evocative response from someone who doesn't even KNOW me or anything ABOUT me. You're going to look at a picture of me and assume that you know things about me and believe they're true no matter what, and that's fine. I can't make you change. But if you're going to demand that I treat YOU with respect, then I'm going to demand that back from you because hypocrisy is ugly. And, while we're at it, I don't appreciate the name calling. I didn't call you names, make fun of the way you look, or in fact, mention anything about you, except pointing out in a sarcastic valley girl way that your beliefs are incredibly narrow minded."

And, as proof that there is no arguing with these people, Janet responded, "I literally only read the first sentence and you are a thunder thigh mini mouse." 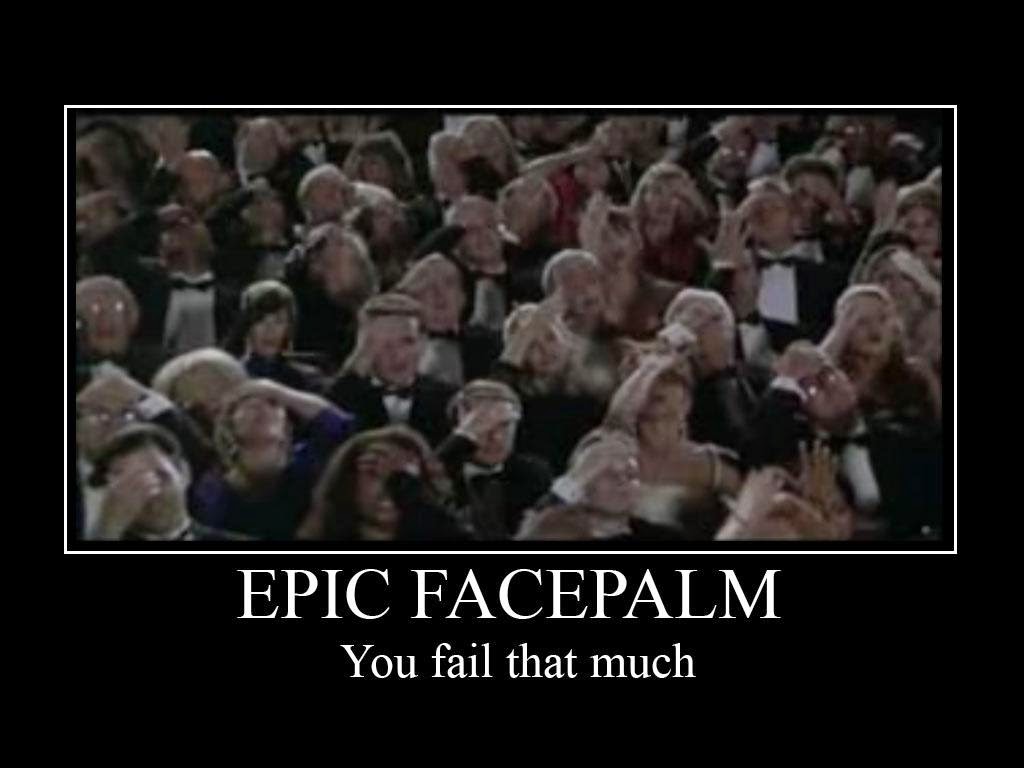 Thanks for the clarification. It makes it so much clearer when you repeat exactly what you just said.

But really, there's no arguing. And, for me, logic and evidence based practices aside, this is about treating people with basic human respect. I will own up to being very snarky in my initial comment, and I'm a little bit sorry that my snarkiness offended Janet so greatly, but her comments were 100% unwarranted.

I am at a place in my life where I am growing more and more okay with who I am on a daily basis, but for those of you who may deal with these kinds of people - either intentionally or not - and aren't sure how to deal with them and move on, it helps me to bear the following in mind: History is on my side.

Once upon a time everybody knew that the sun revolved around the earth.

Once upon a time everybody knew that phrenology proved racial stereotypes.

One upon a time everybody knew that Lysol was a safe effective way to douche.

Once upon a time everybody knew that if a woman enjoyed sex, she was crazy and needed surgery.

Prejudice, stigma, bullying, and oppression are heaped on fat people every day, so much so that just getting out of bed and daring to go outside can be perceived as a revolutionary act. Every day, more or more fat people do this and refuse to be held back by fat shaming bigots who stick their fingers in their ears like a petulant child, refusing to listen to logic or reason and insist on "helping" fat people by warning them about vague future health threats or trying to bully us thin. One last time, let's be clear, I'll know when you're actually helping me because I will feel helped.

My size is not a marker of health. My body is not up for public debate. My rights do not come last because I do not fit the contemporary cultural standard of beauty. 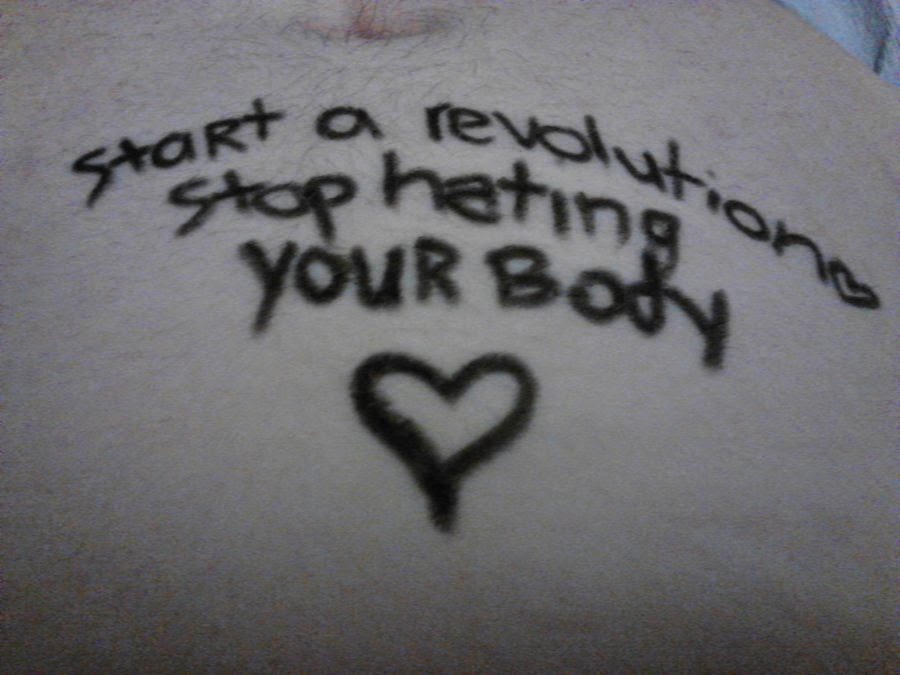