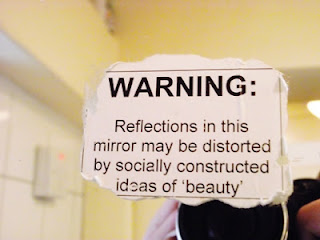 I really, really like Zumba. For me, it is a sustainable, fun way to get an hour's worth of sweating in during my day. After Zumba I feel calmer, more focused, and like I need a shower. Which is why I was so disappointed with my Friday Zumba class this week.

I need to start by saying this: I do not think the instructor is being intentionally bigoted; she is, actually, a positive instructor who's always shouting, "Looking sexy!" as we're dancing. But she did a couple of things that rubbed me the wrong way. First, she suggested that whether or not our bodies were ready swimsuit season was upon us, bikini or not. (For an in depth critique of the torrent of societal hyper-crap that is swimsuit season, please read.) As I jumped and shimmied I thought, "Swimsuit - check. Body to wear it on - check. All set." Really, truly that rolled off my shoulders until this happened.

During the cool down song our instructor said, and I quote, "You all worked hard tonight. You deserve to eat dessert." Well, thanks, but I wasn't requesting your approval or your permission. And the thought that food is something we deserve as opposed to something we need is a funny kind of way to look at food.

There is a lot of conditioning in our society to view food as reward. Good job going to the gym - you don't have to feel guilty about that bowl of ice cream. Happy Birthday! Here's a cake. You graduated! Let's go out and celebrate. The intertwining of food and celebration to me is okay - we are humans. We eat. It's when we start to think of food as something we have to earn, something we have to work for that it becomes a dangerous relationship. 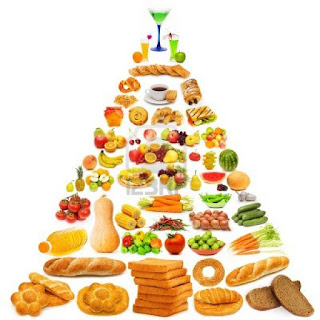 Relationships with food tend to be difficult anyway. We're born knowing when we're hungry, when we're full, and requesting to eat when necessary. Throughout our lives that natural instinct diminishes as food becomes an enemy, a friend, a comfort, a reward, or the reason your thighs will never look like Angelina Jolie's. So what do you do? This is going to sound really simple, but it isn't. This is among the hardest things you will ever have to do: learn to eat again. Remember what it feels like to be hungry. Remember what it feels like to be full. And don't use food as a security blanket or a flogging pole. YOU carry the social stigma, not it. It doesn't know you've had a bad day and really want some cake. It doesn't know you had a bad break up and the only thing that sounds appealing is a chocolate bar. But if you want one of those things have one. Give up the guilt. Your body will balance itself out if you're listening to it. I promise.
Posted by Hillary at 10:17 AM No comments:

Abecrombie and Fitch and the Body Positive 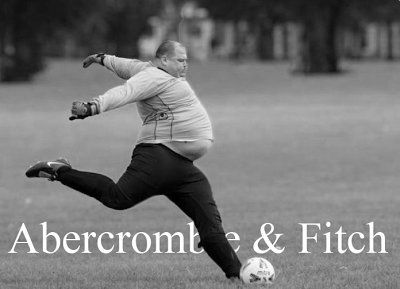 This article was recently brought to my attention by a friend of mine who cares a great deal about body issues in American society and, in particular, the stigmatization of fat people, namely fat women. This short article, in summation, highlight's Abercrombie and Fitch CEO Mike Jeffries' unapologetic stance on only offering women's shirt sizes up to Large and pants in size 10-12, with a waist size measuring up to 31 inches. In his opinion, such size exclusion guarantees that only the "attractive all-American kid with a great attitude and a lot of friends" will shop in his establishment. He does concede the men's clothes come in XL and XXL to accommodate "large athletes" who fit the brand's exclusive (and narrow) ideal of beauty.

There are myriad problems with Abercrombie and Fitch's tactics of exclusion, but first let me defend Jefferies' right to only want a certain body type to wear his brand. Being body positive means that I can love my size 16/18 body and your size 24/26 body and your size 6/8 body, but I don't have to find it beautiful or be attracted to it. I have to acknowledge your status as a fellow human being and I will not make judgments about your health or lifestyle based on your body type, but I don't have to like it and I don't have to make things just to cater to you. There are several stores that cater exclusively to women size 12+, such as Lane Bryant, Cacique, Torrid, and The Avenue. But here brings us to our problem: these stores do not cater exclusively to size 12+ because they don't want skinny people wearing their clothing nor do they claim to have a personal vendetta against the thin in their conquest for wearable, fashionable "plus-size" (whatever that means) clothing.

Jeffries is violating personal liberties by being so blantantly sizist, and, let's face it, he is perpetuating archaic and unnecessary stereotypes that fat people can never be "cool" or part of the "in-crowd" and that beauty doesn't come beyond a size 10-12. Additionally, Jeffries contends that he allows his men's clothing line to accommodate XL and XXL athletes, so he is alienating yet another population, that of athletic women, who can be muscular, tall, and, well, larger that A&F would like them to be.

I came across a term in the "Dances with Fat" blog that I really appreciate. The term in itself hints a form of simple, non-violent rebellion: being FIP, Fat In Public. Being FIP is a rebellious thing in this country where larger people are told over and over again that they are lazy, worthless, and ugly, or to channel Jeffries, not hot enough to shop. Being FIP and loving your fat body while doing it is going to stick it to A&F more than dressing a million fat people in their clothes (though I would really like to see that and please post your photos to this blog!). The sad reality is, there is most likely always going to be an "othered" group who concerns the status quo so much that those inside society's margins need to label, berate, and stigmatize those outside the margins in order to perpetuate the inner's view of reality. Here's another reality: I couldn't shop at A&F even if I wanted to. I don't to, for the record. Firstly, I'm fat so their clothes won't fit me. Secondly, to quote Macklemore, "I'm like, yo, that's fifty dollars for a t-shirt. [...] That shirt's hella dough, and having the same one as six other people in this club is a hella don't."

I guess my point is this: Mike Jeffries can sell his narrow-minded ideal to his pseudo-Aryan race, and perpetuate his desired image of perfection. Those who fall outside that viewpoint can continue to not shop there and hopefully, some people in Jeffries' holds will realize that he is a sad excuse for a human being and undeserving of their money or their stereotypical hotness.
Posted by Hillary at 5:50 PM No comments: