Good or bad - an admittedly, I claim to be Canadian whenever possible - Americans have a strong sense of identity, as do the Chinese and Turks, both of whom are proud of the revolutionary leaders who brought the countries out of empires and into republics.

Imagine having to change the nationality on your passport every few years. Imagine a world whose borders have been more or less arbitrarily carved with your your government's (never mind your) input. And imagine this world is smack dab in the middle of a politically important area. Welcome to the Czech Republic.

And then came the shots heard round the world. No, no, American readers, not that shot; arguably more important shots as Bosnian-born Gavrilo Princip fatally shot Archduke Franz Ferdinand, heir to the Hapsburg throne, and his wife, Sophie, the commencement of WWI, and with the death of two leaders signed the death warrants of 16 million others.

As part of the Austro-Huungarian Empire, the Czech Republic found itself allied with the Germans and on the wrong side of the war. At the end of the conflict, the Austro-Hungarian Empire was no more, Germany was meant to give back its lands (apart from Germany itself), and the Czech Republic found itself as Czechoslovakia, encouraged by the US to make one bigger nation, rather than two smaller ones.

Of course, on the heels of WWI was the Goliath of wars, WWII. After WWI, Germany was more or less a toddler in timeout. England and France had taken away German territories and fighter planes, put severe restrictions on the size and power of the German military, and had sent them to bed without supper.

Out of the turmoil of WWI rose Adolf Hitler, whose economic plans put Germans back to work and - at least slightly - regulated the out of control Deutschmark. But, as we know, Hitler was greedy for land. But he was greedy for very specific land. Hitler desired to return Germany to being the Holy Roman Empire, himself Herr Emperor.

Sadly for Hitler, part of the conditions of Germany's timeout was that they were not to invade other 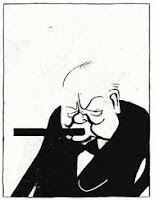 countries. One might imagine a larger-than-life Churchill, pipe protruding from his lips, pointing his finger at a small, bashful Hitler, scolding, ""And no invading for you, young man."

But Hitler was savvy and a man obsessed, so he set his sights on the Sudetenland, the western part of today's Czech Republic, with borders on Austria and Germany. Inhabited primarily by German speakers anyway, Hitler rolled in the Sudetenland on September 30, 1938 and Czechoslovakia was no longer. (Prior to invading, he had issued on ultimatum to the Slovaks to create a country independent from the Czechs or to face Nazi invasion - thus not violating the conditions of Germany's punishment, as Hitler was invading a country that no one recognized. Technically no longer a country at all; a country without a country.

So, temporarily the Czech Republic was split into a sort of no-man's land, the Protectorate of Bohemia and Moravia, and the Reich on the west. Eventually, however, all of the Czech lands were overtaken by the Reich and, until the end of WWII, the Czechs were part of Germany.

WWII came to a violent end with the Allies pushing east and the Soviets pushing west, grappling for control of Berlin. Ultimately, it was the Soviets who liberated the majority of the Czech Republic from the Nazis. Once again, the land was Czechoslovakia and, in the first elections after WWII, the Communist Party gained control. In the second election in 1948, a different Communist party successfully shanghaied the votes and "Carpathian Ruthenia" became part o the USSR.

There would be no more elections for 41 years as the Iron Curtain descended on the Czechs. In true Communist "work will set you free form," the Czechs busied themselves with agriculture, industry, and Communist indoctrination. Here is a our hero, Stalin. But not Stalin is dead, and here is our hero Khrushchev. With de-Stalinization and new-Khrushcheviation (good luck pronouncing that), the rules changed again, as did the area's identity. Though still part of the USSR, in 1960, the country became a socialist republic and, nine years later, they were the Czech Socialist Republic.

20 years after that, of course came the famous call: "Mr. Gorbachev, tear down this wall." Communism was dispelled, east met west, and the Czechs once again were Czechoslovakia, until, in 1993, the Slovaks broke off and the Czech Republic was formed.

If you were born in America, you might cite your heritage as part of your identity, but you label yourself as an American. This is true if you were born last year or 80 years ago. But there are Czech citizens whose country of birth no longer exists because of political turmoil and ever changing boundaries. So, what is home and how do we define it? Is it in the attitude and the flags we fly? The messages we send to the world about what is important to us? Or is it in the perseverance and adaptability, to be able to withstand time and change? As for me, I wish the Czechs from here on out, a long and boring history. 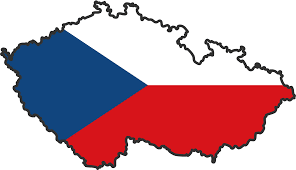