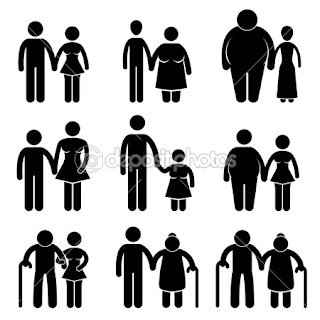 The internet is a magical land filled with myriad wonderment and knowledge. I came across this gem today. In summation, if you don't feel like reading the article, the article suggests that a person's weight is such a factor in a relationship that big woman will likely not be able to sustain a partnership with thin men, or rather, men who are thinner than them.

This study, published in the Journal of Social and Personal Relationships, "discovered that women who consumed fewer calories and had a lower BMI were happier in relationships" than women with higher BMIs who reported more marital conflicts. Additionally, this study asserts that mixed weight couples who eat together experience more conflict than mixed-weight couples who eat separately. To hell with family time!

The article does make a valid point that, most women in mixed weight relationships experience conflict because they feel like they are constantly being evaluated and judged by their thinner husbands, which certainly echoes our societal attitude toward weight.

The Wall Street Journal published a similar study at the beginning of this year that said more or less the same thing, but qualified mixed weight couples as couples whose "diet and fitness routines are out of sync." This definition implies that in mixed weight couples the mixed weight is a result of poor diet and exercise, which scientifically isn't true. The Today Show premiered the televised newscast of this study, stating that the mixed weight relationships where the woman was fat and the man wasn't produced the most conflict. 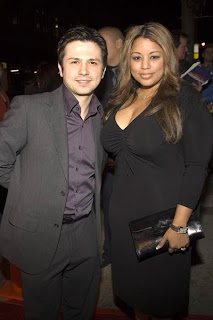 I am eagerly pushing the "bullshit button" on these study, because rather than being based in health and science, they are based on status quo imagery about what is beautiful and what is not. The WSJ article suggested that added weight lead to anger and resentment towards your spouse who can consume whatever he wants, whenever he wants. I would arge that the anger and resentment is actually directed at a society that is telling you that you cannot be beautiful, that you are not allowed to eat, that you cannot be sexy or desirable because you are fat. I would also argue that if your partner is only your partner because at one time you were thin, that is not a sustainable basis for a relationship.

The "solution" all these studies give is that the fat partner - namely the woman, because, you know, fat women are way more stressful than fat men - needs to lose weight. Once the fat woman loses weight, her partner will find her sexy and desirable, she will have more energy to be with her family, and she'll have her self-esteem back. These studies also suggest that the thin partner needs to find a way to be encouraging about weight loss without being critical. Generally that encouragement sounds something like this, "You look great" or "That dress looks like it's fitting better." Read between those lines and you hear, "You look great because you're getting thinner" or "That dress didn't fit you right before." 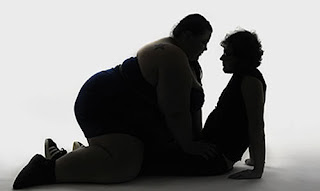 I'm thinking that if couples have this much conflict over one partner being fat, there is something much more substantial than vanity - because that's what it is, not health - at the bottom of it. When you get right down to it, the fat partner is not losing weight/dieting/exercising to be healthy, she is doing those things to make her partner love her.

Of course doing things to please your partner is a wonderful and essential part of a relationship. But when that thing is changing who you are so your partner will find you attractive again, your partner needs to do some changing of his own.
Posted by Hillary at 10:05 AM